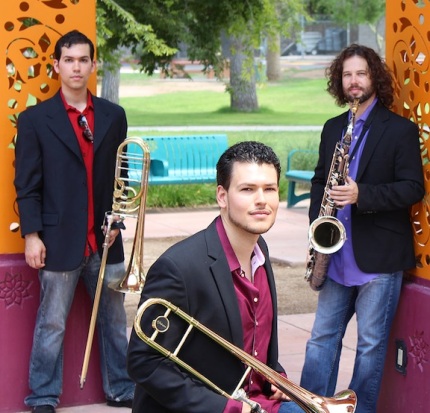 St. Philip’s Friends of Music closes its Summer Sizzler concert series presenting The LoBros on Sunday, September 13, 2015 at 2:00 p.m. in the Church. The LoBros band is built around two musically talented brothers, Salvador and Christian Lopez, affectionately known as The LoBros. As artists, the brothers compose pieces that defy the usual musical categories, combining music from a variety of styles and genres including classical, Latin, jazz and traditions from around the world to create a uniquely original musical experience. A trombone-led band, this music is sure to get your blood pumping! The lineup consists of Salvador Lopez, trombone; Christian Lopez, bass trombone; Brian Hicks, tenor sax; Joaquin Zamudio, bass; Richard Katz, keys; and Adam Ackermann, drums.

St. Philip’s is located at 4440 N. Campbell Avenue at River Road. Ample parking is available in the north parking lot or under the solar parking structure on the east side. For more information click here or call (520) 222-7277.

Recently called the “kings of edutainment,” The LoBros combine high-energy entertainment with effective education as they elucidate key elements of their music. With several music diplomas in the group, including two masters degrees and one doctorate, The LoBros are well versed in all things music and bring their passion to the stage. Featuring melodies and harmonies inspired by some of classical music’s greatest masters, including Mozart, Schubert, Beethoven, Vivaldi, Chopin, and Brahms, the incomparable synergy of this horn-led band makes for an unforgettable afternoon.