The community is invited to join parishioners at 9 a.m. on Sunday, November 9, to celebrate one of Tucson’s favorite Blessing of the Animals services. The service will be held in the church plaza of St. Philip’s In The Hills Episcopal Church. This observance was begun more than 35 years ago and continues to be one of the most popular events of the church year. It celebrates the loving relationship shared by humans and their pets, with opportunities to give thanks for the blessings animals give to us. Readings and prayers focus on the wonders of our world and our responsibility as humans to be good stewards of God’s creation. All types of animals are welcome at this service. Participants are asked to keep their pets appropriately restrained. (This service does not include communion. The usual Rite II Eucharist will take place in the Church, also at 9 a.m.) 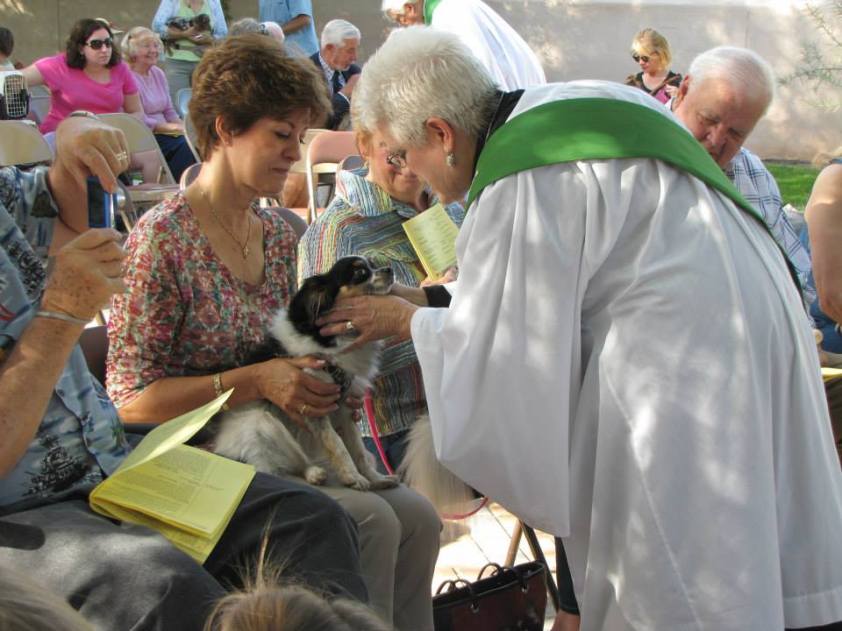 The public is cordially invited to attend the service. A freewill offering will be collected.

St. Philip’s is located at 4440 N. Campbell Avenue at River Road. Ample parking is available in the north parking lot, or under our solar parking structure on the east side. The office phone number is 299-6421.

On Sunday, November 2, at 2 p.m. in the Church, St. Philip’s Friends of Music presents renowned artists baritone Jeremy Huw Williams, and Paula Fan, piano in PASSION AND BETRAYAL IN THE HOUSE OF STRAUSS — A MUSIC AND LETTERS CONCERT.

Paula de Ahna was the formidable soprano who caught the eye of the young conductor, Richard Strauss, in 1887. After she threw a score at him in rehearsal, he announced their engagement. His ear was captivated as well. “No one sang my songs in such a touching way as she did,” he wrote, and it was she who helped him understand the female voice as he created operatic roles like Marschallin, Octavian and Sophie. However, Pauline’s jealousy was legendary, and while she is immortalized as a romantic presence in Strauss’ tone poems, the couple’s squabbles are depicted in his Sinfonia Domestica and in the opera Intermezzo.

In song and in the Strauss’ own words, the distinguished Welsh baritone Jeremy Huw Williams tells the story of these two towering temperaments in celebration of the 150th Anniversary of the composer’s birth. “It’s scripted and 90% of the material is from primary sources. I would say there’s enough titillation for the National Enquirer crowd, scholarship for the New Yorker folks, and enough absolutely gorgeous romantic material for the heart of any listener.”

The suggested concert admission is $20 per person. The mission of Friends of Music is to enrich the musical experience of the parish and community through events such as concerts, outreach, education, scholarships, commissions, and support of special musical events. For more information see www.friendsofmusictucson.org or call 520.222.7277

St. Philip’s is located at 4440 N. Campbell Avenue at River Road. Ample parking is available in the north parking lot or under our solar parking structure on the east side. The Friends of Music phone number is (520) 222-7277.

The Welsh baritone Jeremy Huw Williams studied at St. John’s College, Cambridge, at the National Opera Studio, and made his debut with Welsh National Opera as Guglielmo (Cosi fan tutte) and has since appeared in sixty operatic roles throughout major venues in North and South America, Australia, Hong Kong, and most European countries. Equally, he has given recitals at many major music festivals and has appeared in concert with concert orchestras in France and Spain. He is renowned as an exponent of contemporary music and has made many commercial recordings, including eight solo discs of songs. As a principal singer with Welsh National Opera he received the inaugural Sir Geraint Evans Award from the Welsh Music Guild, given annually to a person or persons who have made a significant contribution to Welsh music in any one year or recent years: “…there has been an unanimous decision that the first award should be made to baritone Jeremy Huw Williams in recognition of not only his performing ability but also for the tremendous support that he has given to Welsh composers and their music in recent years.” He was awarded an Honorary Fellowship by Glyndwr University in 2009 for services to music in Wales, and received the Honorary Degree of Doctor of Music from the University of Aberdeen in 2011. Williams’s visit is sponsored in part by Wales Arts International.

Pianist Paula Fan has appeared as soloist and chamber musician on five continents. As the first accompanist-coach to be invited to an emerging China, she performed on the earliest concerts of Western chamber music and art song to be heard there for decades. She has recorded twenty albums and has broadcast for the BBC, National Public Radio, Radio Television China and international stations from Bosnia to Australia. As one of the first recipients of the doctorate in Collaborative Piano, she has lectured on the subject worldwide. A committed Earthwatch volunteer, Paula Fan is passionate about bridging the gap between the scientific and musical worlds. She is a founding member of the Solar Storytellers, a solar-powered piano trio that has performed on the National Mall in Washington, D.C.

On Sunday, November 2, we will celebrate All Souls’ Day with a special Memorial Eucharist at 5:30 p.m. In the Anglican Communion, All Souls’ Day is the traditional time to remember loved ones who have died. Particular attention will be given to remembering those who have died within the past two years, but we will celebrate all of our loved ones enjoying eternal life in the nearer presence of God. We invite families to remember their loved ones by lighting one of the votive candles found outside the church door prior to the service and placing it on the altar. The service concludes with a candlelit procession into the Columbarium Garden for prayers around the ofrenda.

An ofrenda is a shrine or altar constructed to present offerings to the spirits, used in conjunction with El Dia de los Muertos, or Day of the Dead. This event is celebrated in many Latin American countries, particularly in Mexico, and is a time to remember and honor the deceased. Since Dia de los Muertos is considered to be a celebration of eternal life rather than a sad event, ofrendas usually reflect whimsical portrayals of the dead as they were when they were living. St. Philip’s invites you to remember your departed loved ones by contributing to an ofrenda, which will be set up in the Columbarium Garden at St. Philip’s through November 2. Photographs, meaningful objects, and memorabilia are all suitable offerings. Objects may be placed on the ofrenda any time the office is open (Mondays through Thursdays from 8:30 a.m. to 4:30 p.m.).

After the All Souls’ Memorial Service, the celebration of life continues with a festive reception in the Perry Garden. 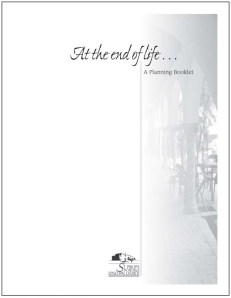 Please join St. Philip’s Clergy, Community Leaders and Professionals, for this timely and informative series. Held in the La Paz Room (a meeting room off the central garden space between the Church and the office complex).

The public is cordially invited to attend. Everyone is welcome at any time. There is no charge.

St. Philip’s is located at 4440 N. Campbell Avenue at River Road. Ample parking is available in the north parking lot or under the solar parking structure on the east side. The office phone number is 299-6421.